We are the CupCode Gamers, an independant group of gamers who work as a partnership. We produce video games that the whole family can enjoy. We operate out of our dining rooms, bedrooms, and any other room that has internet access.

We strive to live up to high standards of quality and public relations. We watch the industry constantly to learn from the mistakes of other companies. We have used what we learned to produce our own list of policies, and we make those policies publicly available.

While we work primarily on our own projects, we are also available for handling contract games. If you are interested in having us work on your project, feel free to use our contact form to get more information and pricing. Be sure to include the words "Game Contract" in the subject line to have your email prioritized.

Jason is a professional software developer with an Associates degree in Computer Programming. He's an avid gamer, and some might say he was addicted to video games. Choosing not to seek out a Video Games Anonymous group, he spends a good portion of his time playing games or making games. Jason has been dabbling in game development for more than 20 years using various programming tools and languages. To date he has released five programs: Jet fighter, Short Circuit XBLIG, Short Circuit Android, Droplets Android, and ThaumCheater Android. You can find Jet Fighter in our downloads section, but Short Circuit has been removed from the XBox 360 marketplace where it was published. All android programs are available on Google Play.

Jason's favorite types of games include puzzle games, role playing adventures, and some limited simulations. Jason has also been known to enjoy a few first person shooter games, as well as games from virtually every genre. 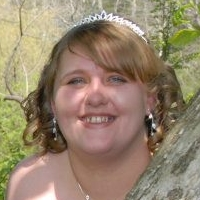 While Jessica may be a stay at home mom, she is only a few semesters away from obtaining Bachelor's in Business Administration and Psychology. One of Jessica's biggest desires is to attend a culinary institute to perfect her cupcake knowledge. Jessica is an avid gamer, and although she doesn't play games quite as much as Jason does, she still kicks some major tail in quite a few choice games. Unlike Jason, Jessica has no development experience, however she has always been instrumental in helping Jason to make his games more enjoyable by acting as an Alpha Tester.

Jessica's favorite types of games include strategy, puzzles, role-playing adventures, and some limited simulations. Like Jason, Jessica has been known to enjoy a few first person shooter games as well as games from other genres. 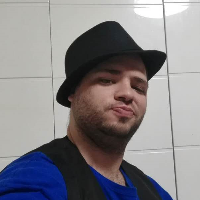 Jesse Glover, also known as Jesco is the Assistant Developer / Assistant Designer at CupCode Gamers. He enjoys writing and creating music on guitar, bass, drums and piano and playing games like Civilization, Disgaea, The Tales series, anything Blizzard Entertainment has released, and more. He is an avid gamer and enjoys a plethora of genres. He became a CupCode Gamer about four years after he learned programming under the tutelage of his mentor Jason Yarber. Although he has not officially released any games, he has kept busy by writing tutorials for Zenva utilizing the Unity3D Engine.